Kenneth D. Johnson was elected the 67th mayor of the magnificent City of Muskegon in the great State of Michigan on November 2, 2021. He was sworn into office on January 3, 2022. His current term runs through the end of 2025.

After high school, Ken attended The George Washington University where he earned a dual Bachelor of Arts degree in International Affairs and Political Science. He returned to Muskegon in 2009 with a desire to help move Muskegon forward. He became active in the Nims Neighborhood Association, of which he remains a board member, and ran successfully for the City Commission in 2013. Having returned to Muskegon working remotely as a senior analyst for a global media analysis firm headquartered in Washington, D.C., Ken has since transitioned to a financial planning career to serve his community in another way.

Mayor Johnson is honored to preside as Chair of the most diverse City Commission in Muskegon’s history and to work with a great team of competent and caring staff. His priorities include improving governance, bolstering communications and community engagement, reviving the City’s Parks & Recreation Department, expanding entrepreneurial opportunities, enhancing the City’s environmental and fiscal sustainability, and expanding the array of quality and affordable housing options available. 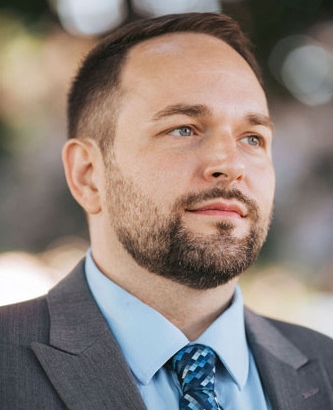